One day a week or so ago, we were going out the front door and heard this loud 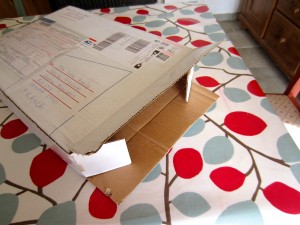 honking noise from a car on our street.  Bob walked out to see what was going on and found that it was the mail carrier trying to deliver a package to us but couldn’t get into the gate.  Bob brought the box back to the house and the boys opened it on the table.  What a surprise when they found it full of halloween candy, rubber spiders, eyeball bouncing balls, fake 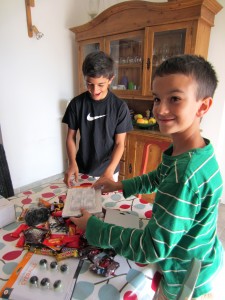 mustaches, and other crazy disguises.                                        Our lovely renters back in California sent the boys a halloween care package!  How nice is that!  They don’t celebrate halloween here in France as it is considered “Too American”.  There are some parties in bars and such but the kids don’t trick or treat or dress up as far as we can see.  We did find a pumpkin at the Chestnut Festival in La Garde-Freinet and plan to carve that tonight.  We are having a little halloween party with a local family who invited us over. 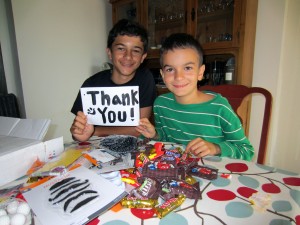 Last week, my family and I took a mini vacation. We went to Italy and stayed in a beautiful area near the town of Lucca, Italy. The house had a huge property with grape vines and olive trees everywhere. They had … Continue reading → 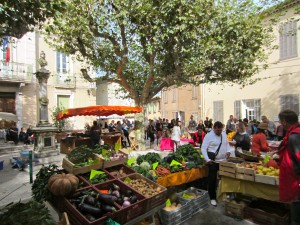 We went to the next town up the mountain from Grimaud for the seasonal chestnut festival. It is really just a large market day, with chestnuts as the showcase. My family has found out that fresh roasted chestnuts hold no appeal for them. I liked them a bit, but our bag of uneaten chestnuts did find its way into the trashcan. Besides the chestnuts, 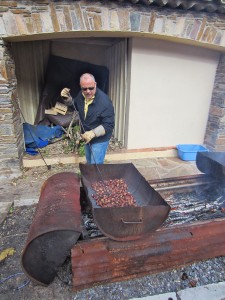 the day was very eventful. While tasting some Brebis (sheep’s milk) cheese, the salesman asked me where we were from. It turned out his wife is an American who was born in Hollywood. Hollywood is not far from Studio City, where I grew up. He gave us his number and invited us to meet his wife and two children. We are actually getting together for a little Halloween party this coming week.

Fifteen minutes later in this town, we were on a side street just talking when a man exiting his house started giving us pointers in English about the town, and his accent was American. He grew up in Southern California, and had gone to high schools in Laguna Beach, Burbank and Hollywood. He has been living in France for 20 years with his French wife. His wife and 20-something son soon came out of the house, and we all started talking. 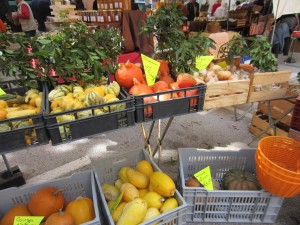 The man, Christopher (Chris) Mason, is a saxophone musician who recorded with Chet Baker, a prominent (and tragic) jazz trumpet player. Chris’ son is also a musician, and they do work together. They invited us to their house for coffee and to see Chris’ gold album that he got for an album he did with Chet Baker. Jordan also got an invitation to jam with these guys. We have wanted to find music connections/instruction for 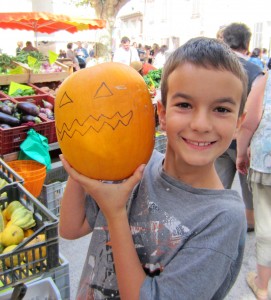 the boys on this trip, and we may just have struck more than a gold record on the wall in that regard.

This is a road for Ferraris. Just get rid of the other cars and the speed limits.

We drove from Grimaud to Lucca, which takes 5 ½ hours in the car. Two hours of this drive are on the Autostradas dei Fiori and Azzura, which run from the Italy/France border to about La Spezia, on the border of Liguria and Tuscany. When we were in Norway, the number of roadway tunnels south of Trondheim amazed us. I think the highway in Liguria surpassed the number of tunnels we travelled through in Norway. And when we were not in a tunnel, we were often driving on a viaduct bridge that crossed over an often ravine-like valley. Towns crowded the mouths of these valleys at the Mediterranean’s edge. Sightseeing if you are the driver is not advised. The road was rarely straight and you had to be constantly alert. The highway is a divided road with two lanes in each direction. That was the good part. There are no shoulders, only SOS pullout spots. The on and off ramps have very short merge/exit lanes with 90 degree turns, which means you have to be alert to slow cars if you are in the right lane when going through these zones. There was almost constant roadwork, so there was extra signage with different speed limits. The speed limits would shift from 60 to 80 to 90 to 110 to 130 in very short time intervals. I kind of gave up on worrying about the limit and drove an even 90 – 110 like most other people. Traffic itself was a challenge. There were the multitude of truckers who have a speed limit of 90 Kmh and the Mercedes owners who are flashing their lights behind you in the fast lane wanting to pass even if you are going 130 Kmh.  Weaving between the slow trucks in the right and getting out of the way of the speeders in the left lane meant lots of lane changing. It felt to me like driving on the Bay Bridge in San Francisco for two hours, with lots of curves thrown in. My hands were tired from gripping the wheel after this drive.

Oh, and as we found in France, the Autostradas in Italy are toll roads. The cost from the border to near Lucca was 32.50 Euro.

Our first week in Grimaud brought varied weather – 80 degree and sunny beach weather and two thunderstorms. Both thunderstorms started in the late afternoon and lasted past bedtime. Our house is on a hillside, and we have a fairly good panoramic view looking south and west, so we could see the cloud cells rolling over the countryside. The lightning was amazing. We had both the lightning bolts hitting the earth, and intra-cloud/sheet lightning. The sheet lighting kept the clouds lit up. The last time we saw such a light show was during our vacation in Minnesota 8 years ago. We just do not see this kind of lightning in California. The rain was heavy at times, but always was interspersed with dry patches. At one point in the late afternoon, a patch of blue sky appeared overhead. We could look up through the underlying black clouds to the puffy white tops of the cumulonimbus outlined by the bluest of skies. Thunder rumbled in the distance and we could see rain sheets falling on a ridge miles away. It was quite the performance by Mother Nature. We were lulled to sleep with flashes of light in the windows and the thunder rumbling. What was really nice is that each morning we awoke to blue skies and a beautiful day.

Today was a great day. We started out early, which for us is getting out of the house by 9:30 AM, by going to the bi-weekly market in St. Tropez. We have found every place in France has weekly local … Continue reading →

Because we are spending so much time traveling, we are having to do mundane, normal life stuff under unusual circumstances, like having to explain how we want our haircut in French. ‘Visiting the Hair Salon’ just is not a section … Continue reading →

We have discovered eating duck. Justin actually was the one lobbying for duck for dinner, and finally we got up the nerve to try cooking it ourselves with a little guidance from our hosts in the Dordogne. We heavily salted … Continue reading →